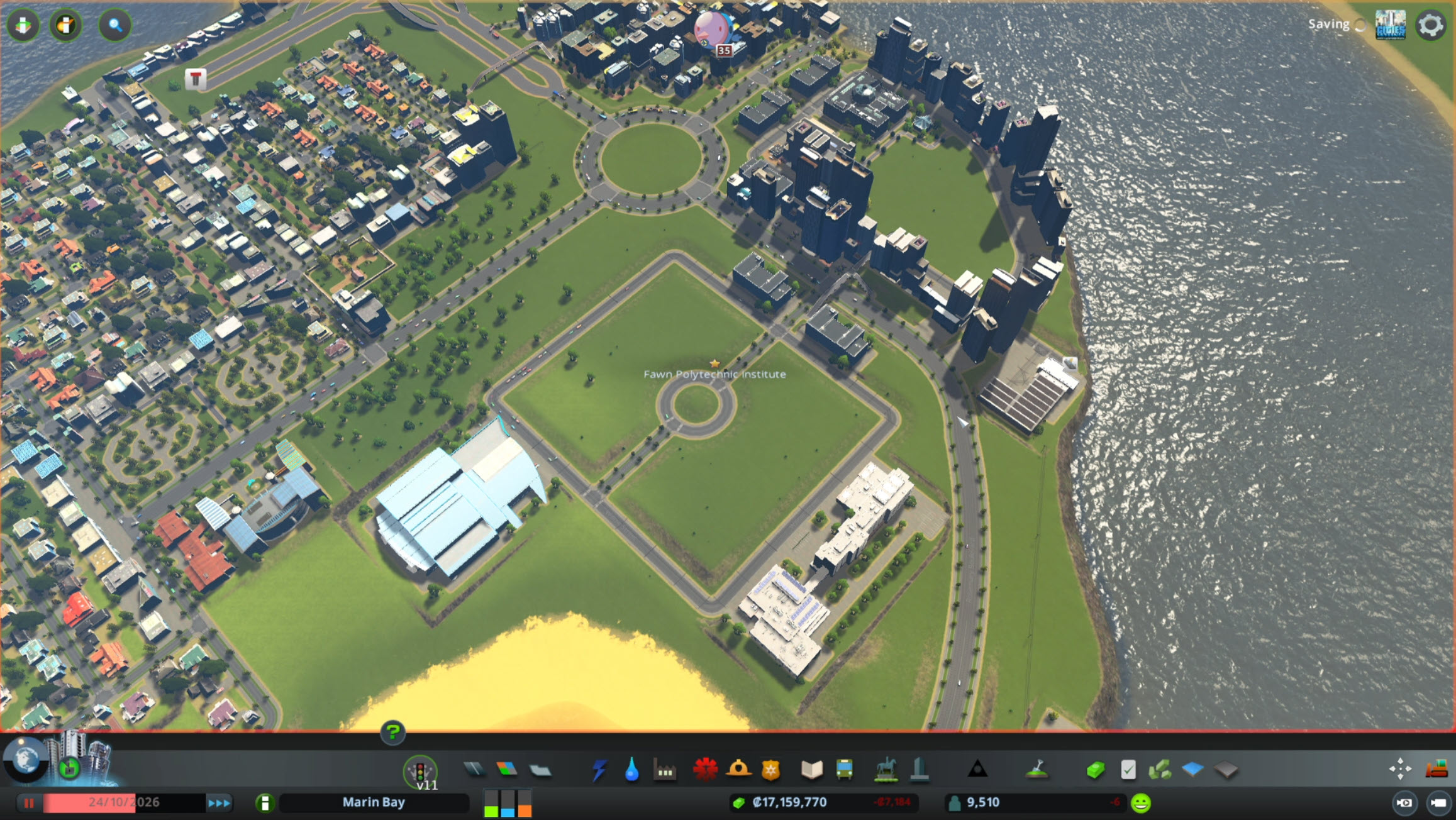 Cities: Skylines is one of the best city builder games ever created. It was originally released in 2015 and they are still releasing updates and more DLC in 2020. You start with a blank map and a minimal budget to build your city. You must meet certain city needs to grow your population. Each population goal met affords you more privileges and building tools to expand your city. If you run out of money your game is over. And if you don’t meet one of the preset challenges then your game is over. You can build one city for hours, days, weeks, or months. You can play this game anyway you want to. Not to mention that tere are many years collection of mods that make up for any lack of in-game funtionality that you may ever want.

If there is anything that I would consider bad about this game, from a busy dad view, is the learning curve required to get the most out of the game. While most of the controls for the PC version of the game are done with the mouse, there are so many aspects of this game to learn. And while some believe that the vast amount of mods that are available for this game is a good thing. It can also be seen as a bad thing. There are so many that it can be difficult to know which ones will work for you and which ones won't crash your game.

Cities: Skylines of War gets a Busy Dad Score of 2 stars. It's steep learning curve keeps it from getting a perfect Busy Dad Score.