Panthro is physically the strongest ThunderCat and is a cunning warrior in combat, relying as much on martial arts as on physical strength. With Tygra's help, he builds all of the vehicles the ThunderCats use on Third Earth; including: ThunderTank, Feliner, ThunderClaw, ThunderStrike, and HoverCat. In combat, he uses a pair of chained fighting sticks (Nunchucks) with open-away cat-paws, which house several chemical spray-compounds that he can use against foes. The spikes on his chest bands can be used like projectile weapons or as rappelling lines. (Source: Thundercats wiki) 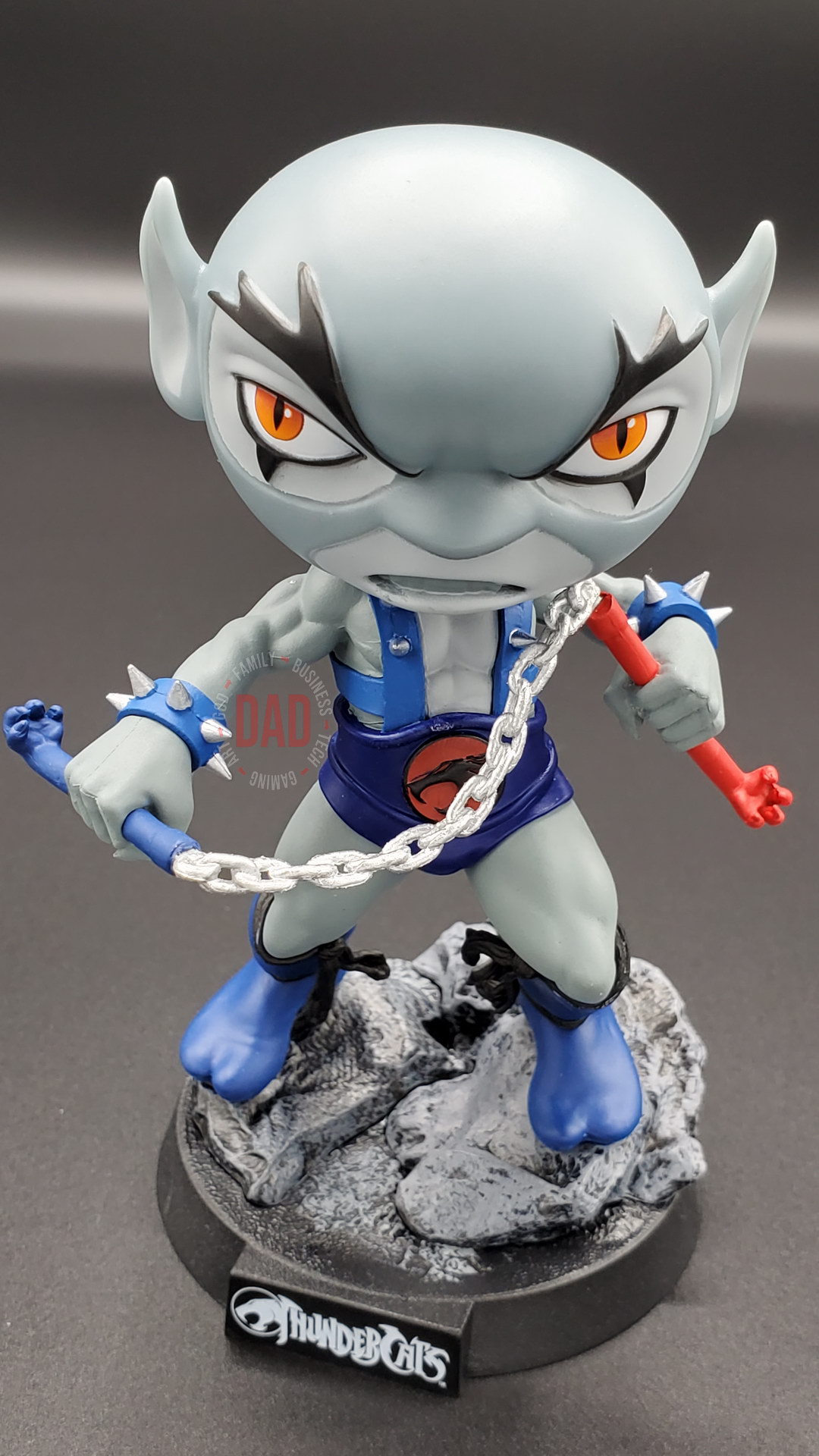